Posted on February 10, 2020 by bigshotssnapshots

Today starts the XFL games for Houston, Texas. The Houston Roughnecks take on the Los Angeles Wildcats for their home opener. The Head Coach for Houston Roughnecks is June Jones and the Head Coach for the LA Wildcats is Winston Moss. This will be the first meeting for both teams, then they will meet again in Los Angeles on Sunday, March 29 at Dignity Health Sports Park on week eight.

The XFL is a new type of football with different type of scoring and placement of the football. There will only be a 10 minute break at the half. The fans are lined up to see the new XFL game, as the stadium is well filled with fans to see their home team start a new season of football.

The LA Wildcats did not waste anytime in scoring as well. Their quarterback Charles Kanoff took the ball into the end zone himself to put his team on the scoreboard for 6 points. He then threw into the end zone to wide receiver, Jordan Smallwood, scoring 2 points putting the LA Wildcats in front of the Roughnecks. The score Roughnecks 6 and Wildcats 8. The Roughnecks had another chance to score when they punted the ball to the Wildcats and caused a fumble, they tried to score with a field goal with Sergio Garcia missing by going wide left. The Wildcats wide receiver, Jordon Small, scored another touch down but they failed to convert on the 2 points. The score Wildcats 14 and Roughnecks 6. The Roughnecks running back, James Butler scored a touch down, with the 2 point conversion being missed. The LA Wildcats quarter back got sacked, but they were able to score a field goal by their kicker Nick Novak to put 3 more points on the board 17 to Roughnecks 12. The Roughnecks answering with QB Walker throwing to wide receiver Sam Mobley for a touch down, but 2 point conversion failing. The score at half time LA Wildcats 17 and Roughnecks 18. 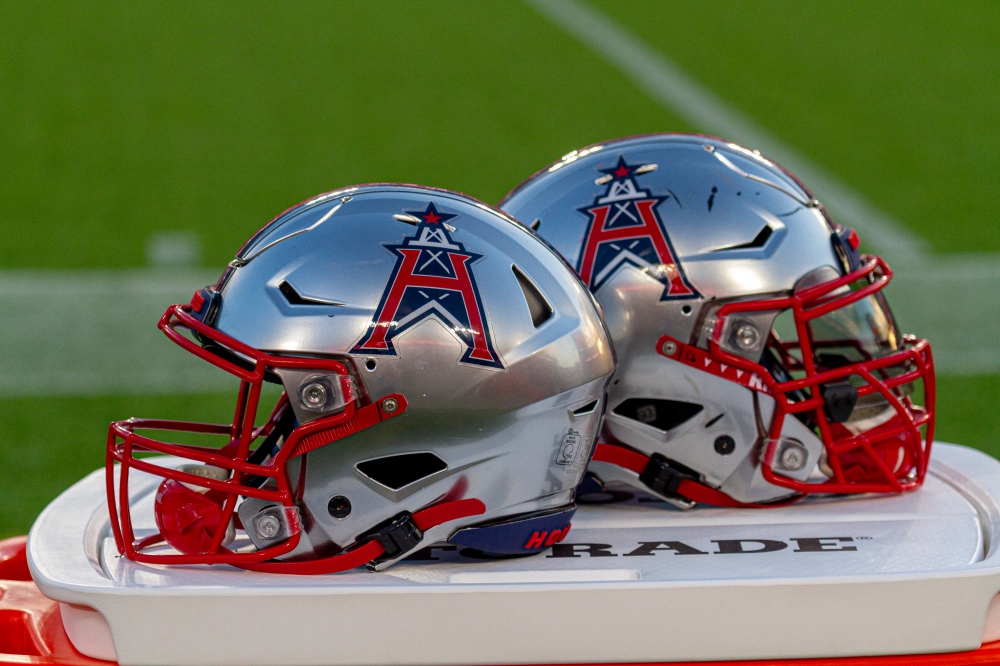 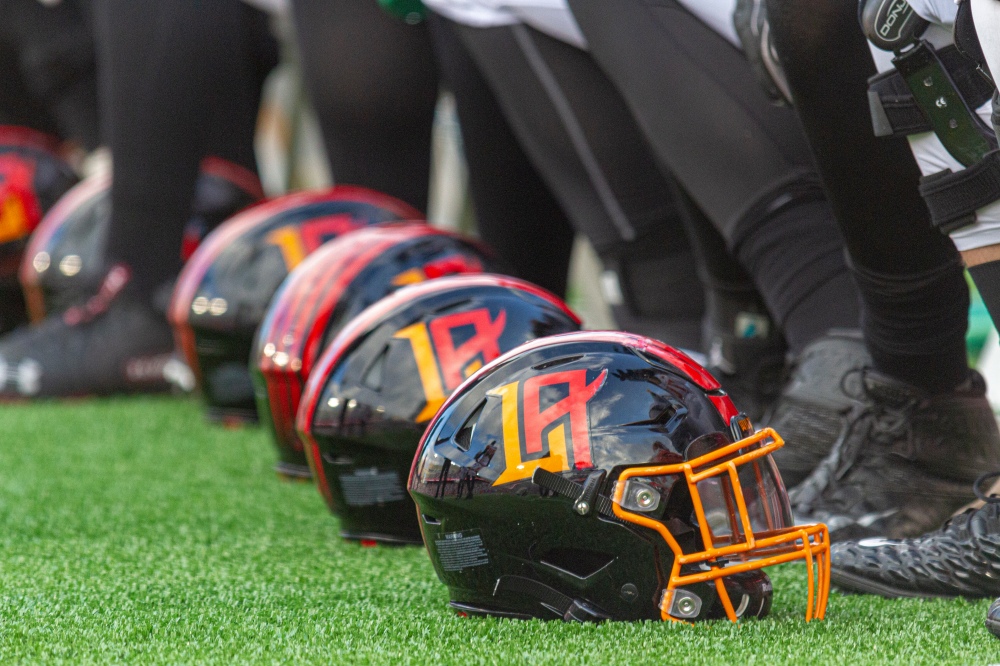 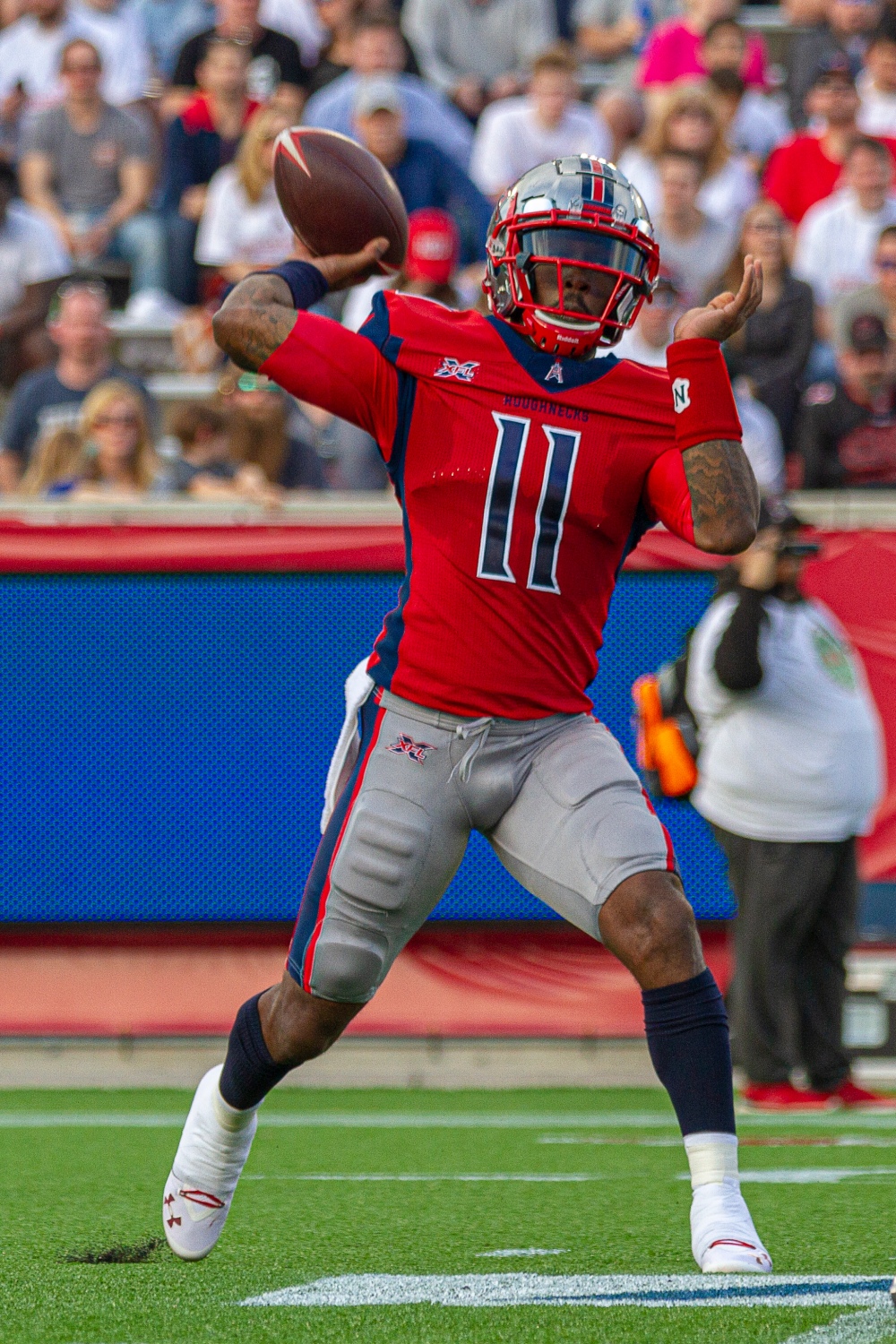 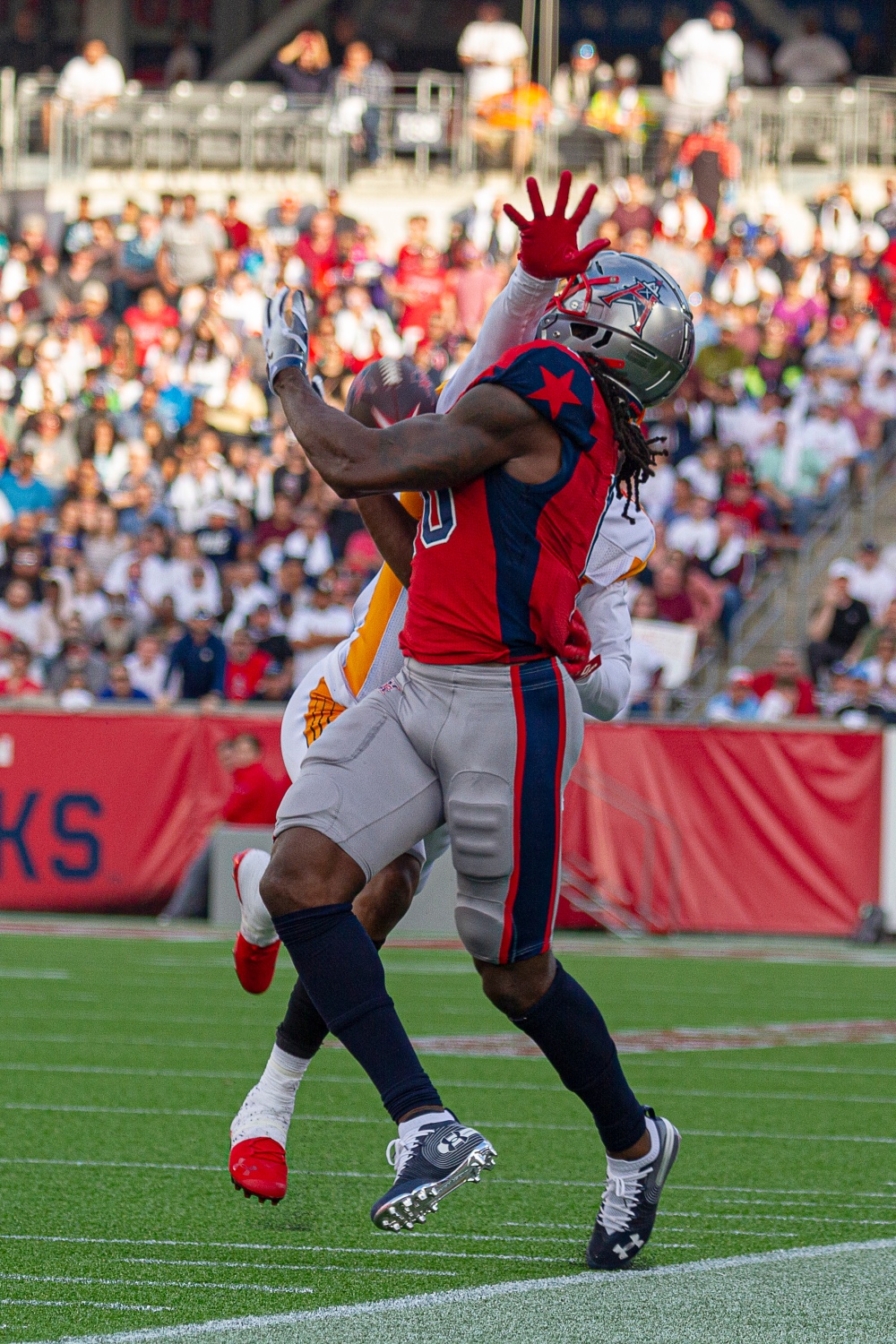 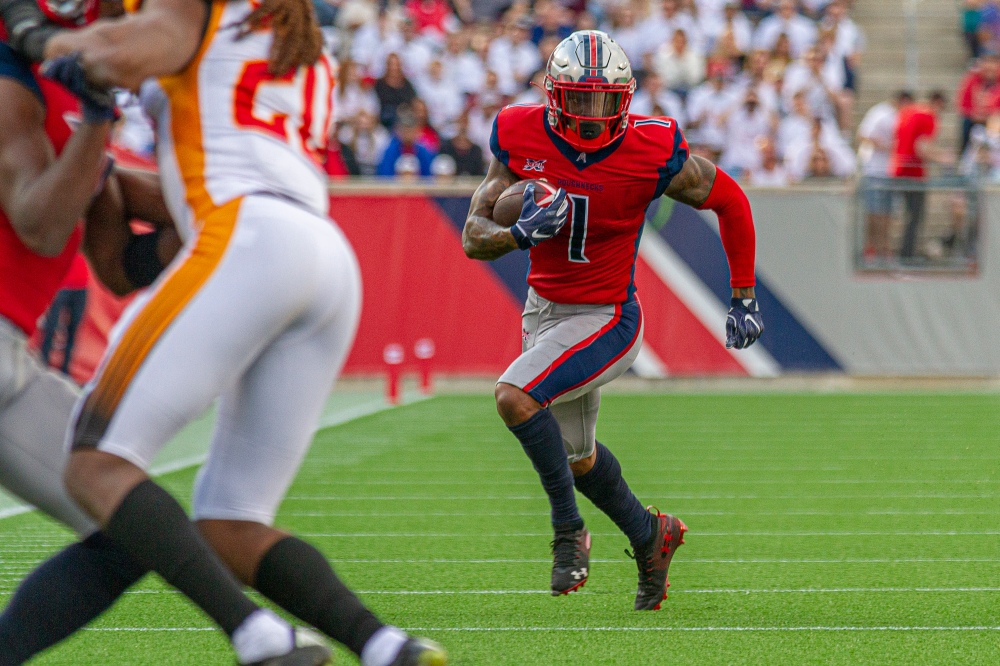 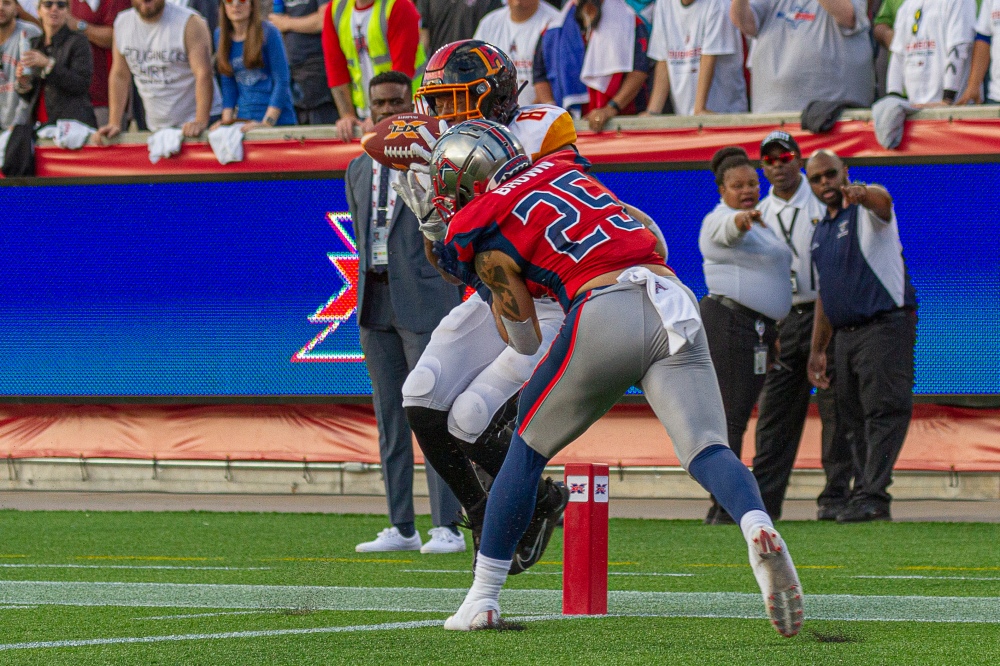 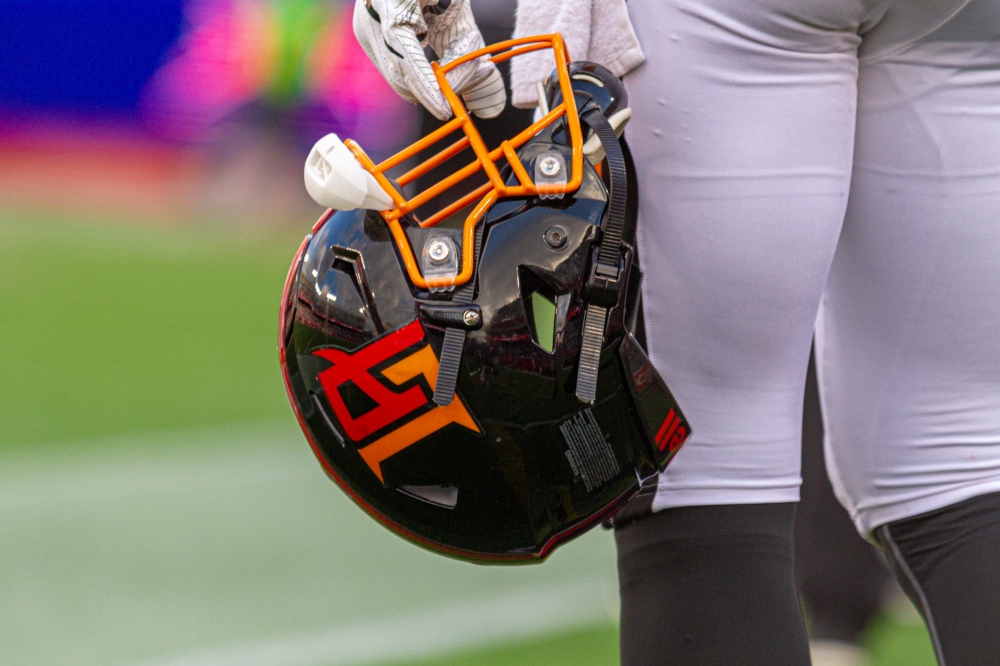 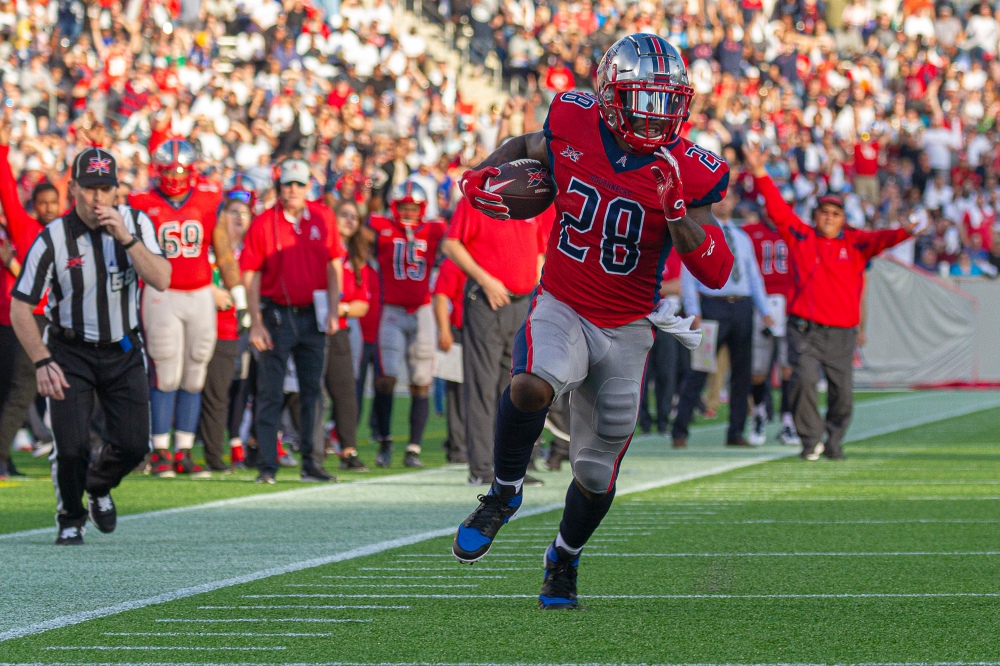 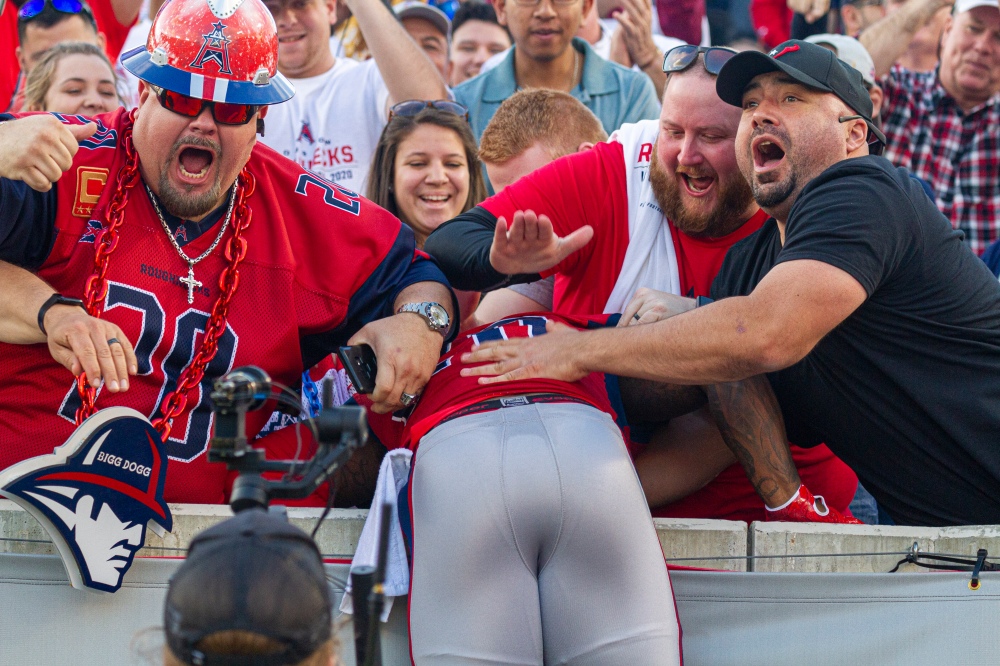 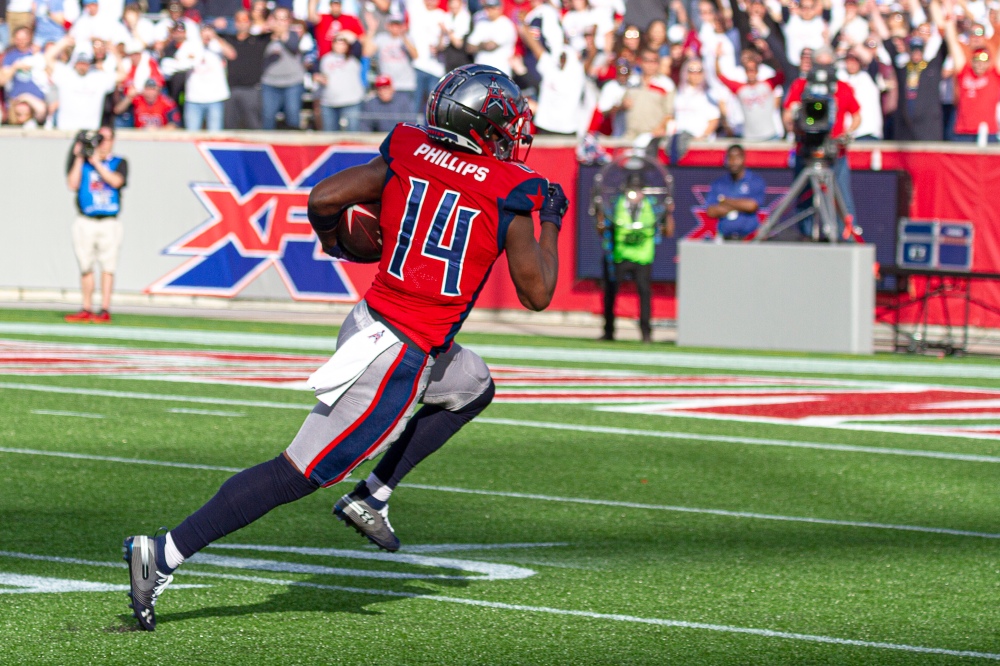 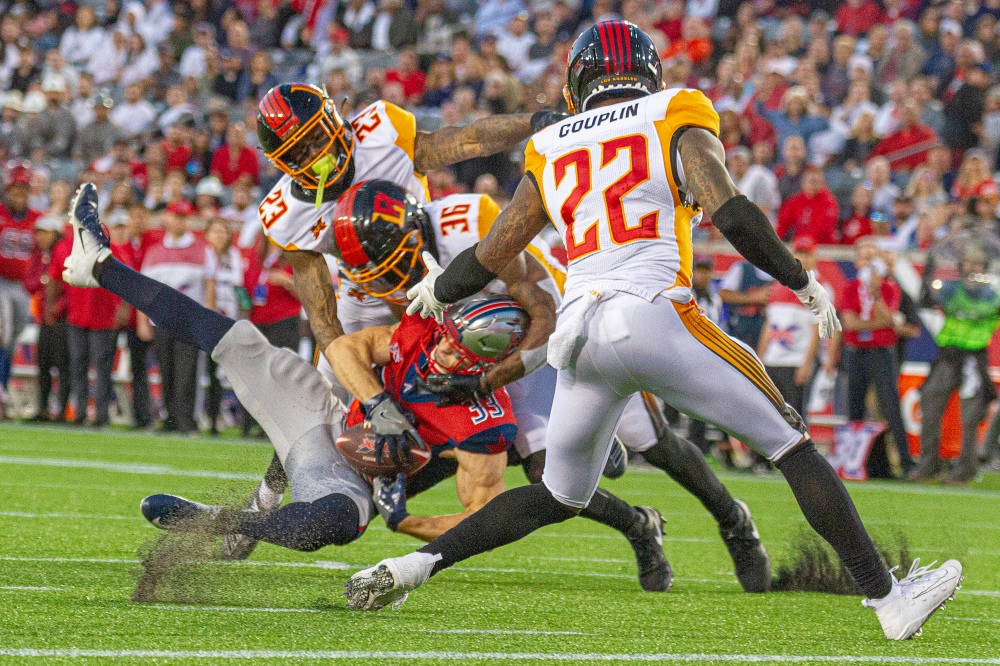 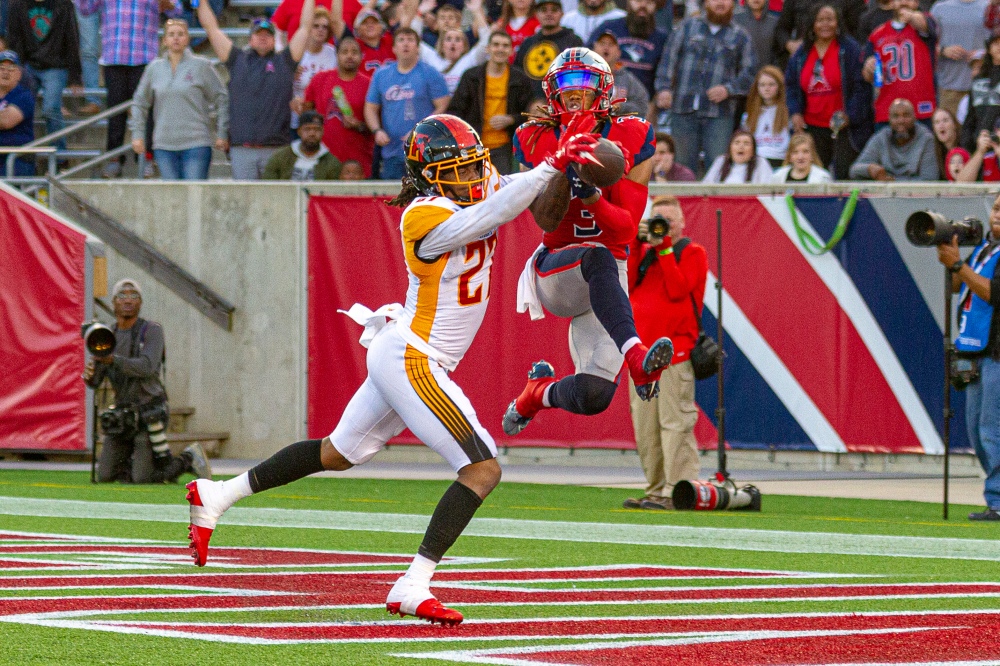 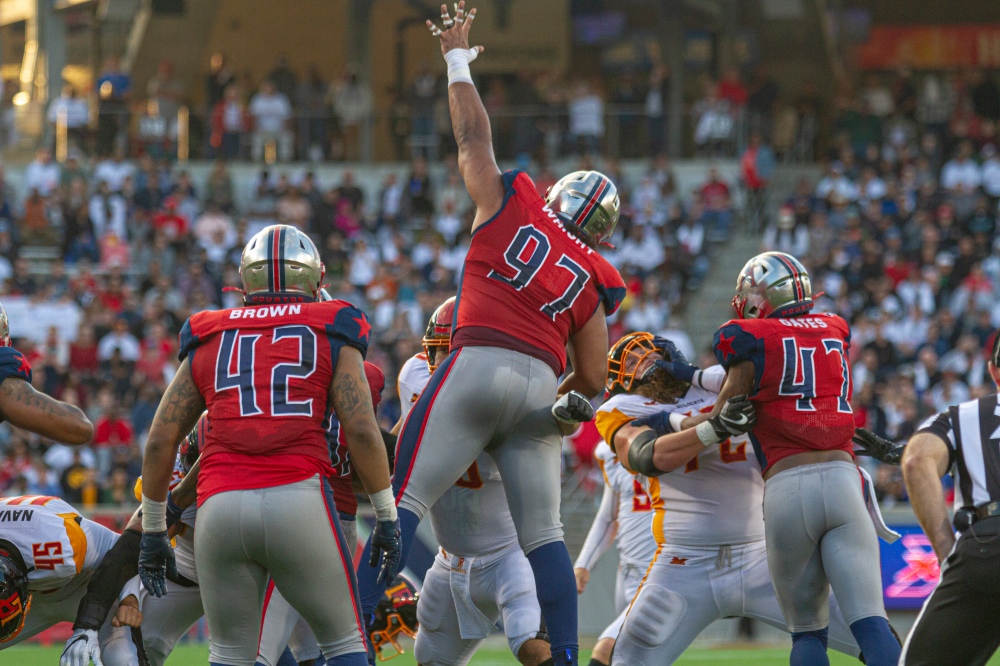 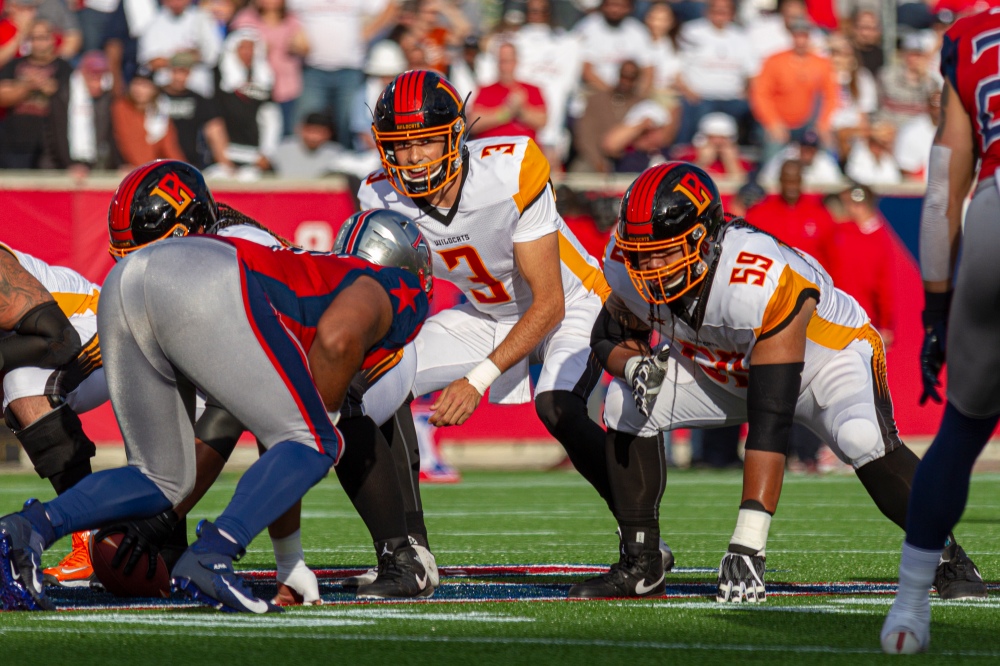 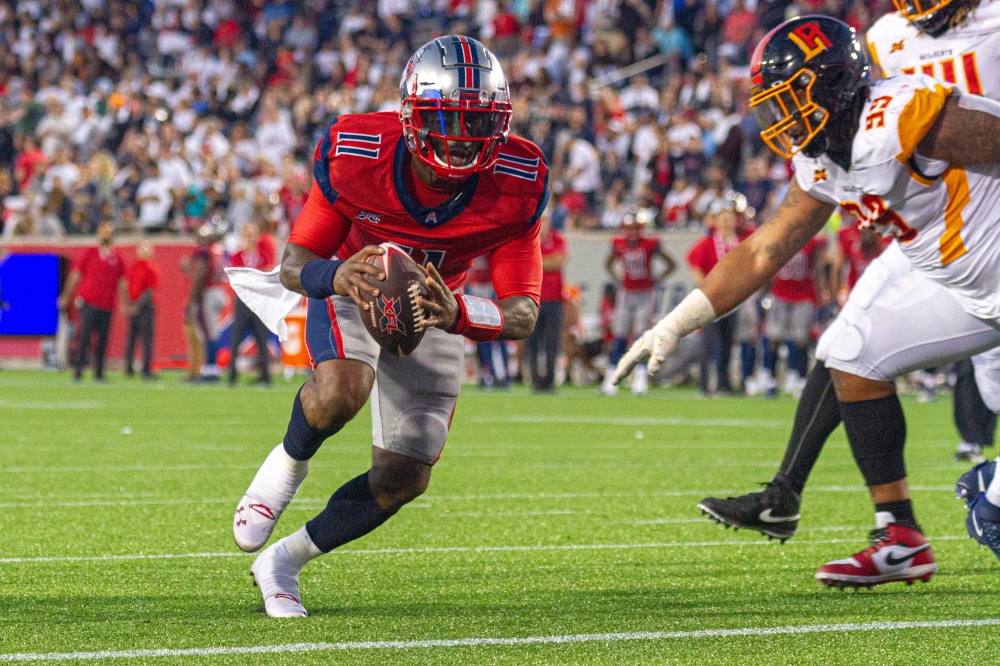 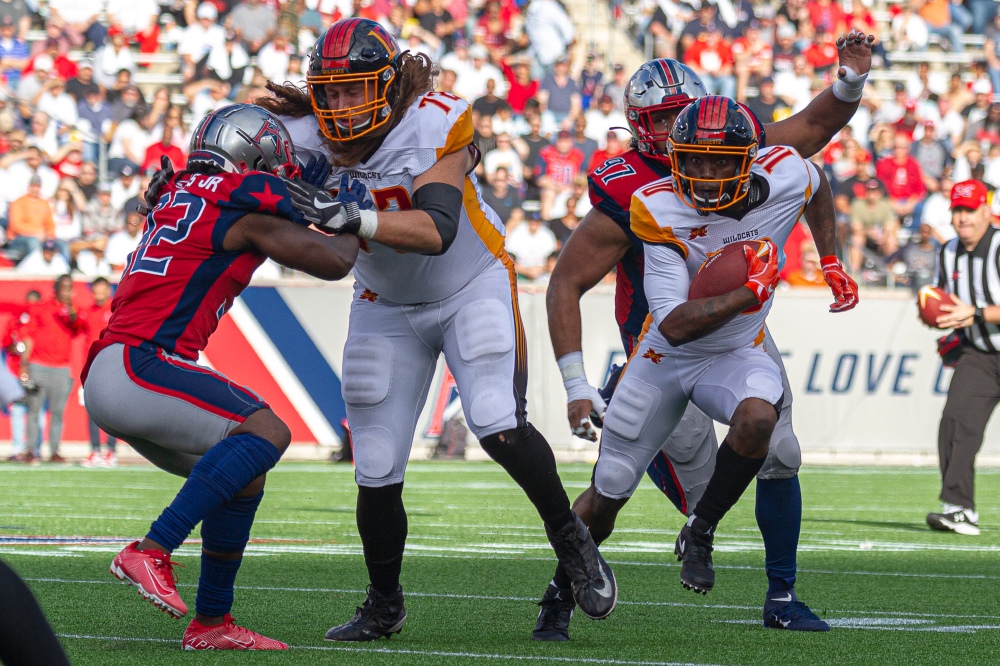 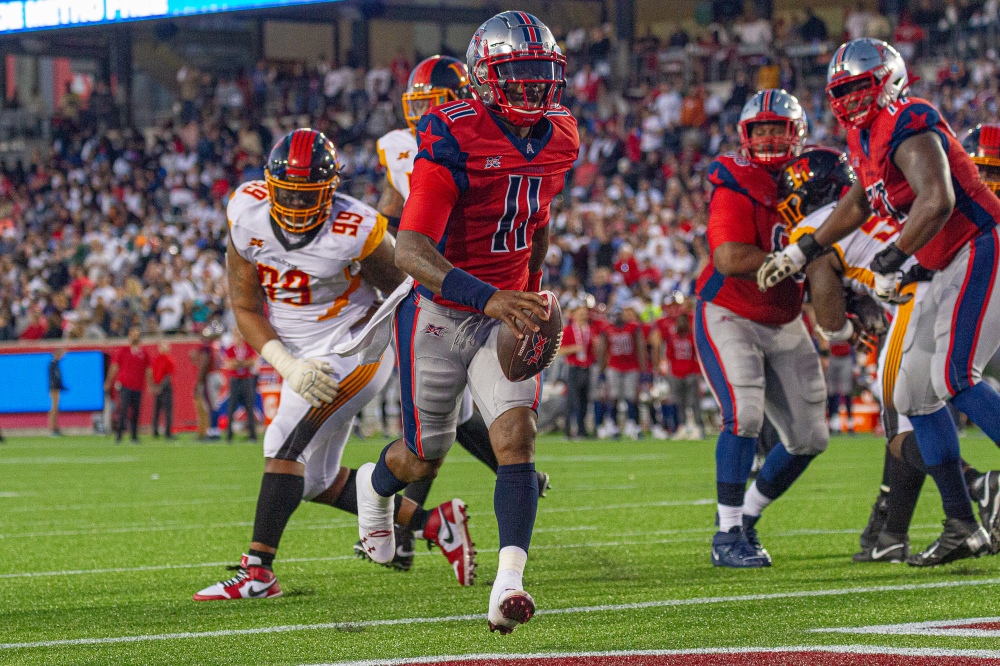 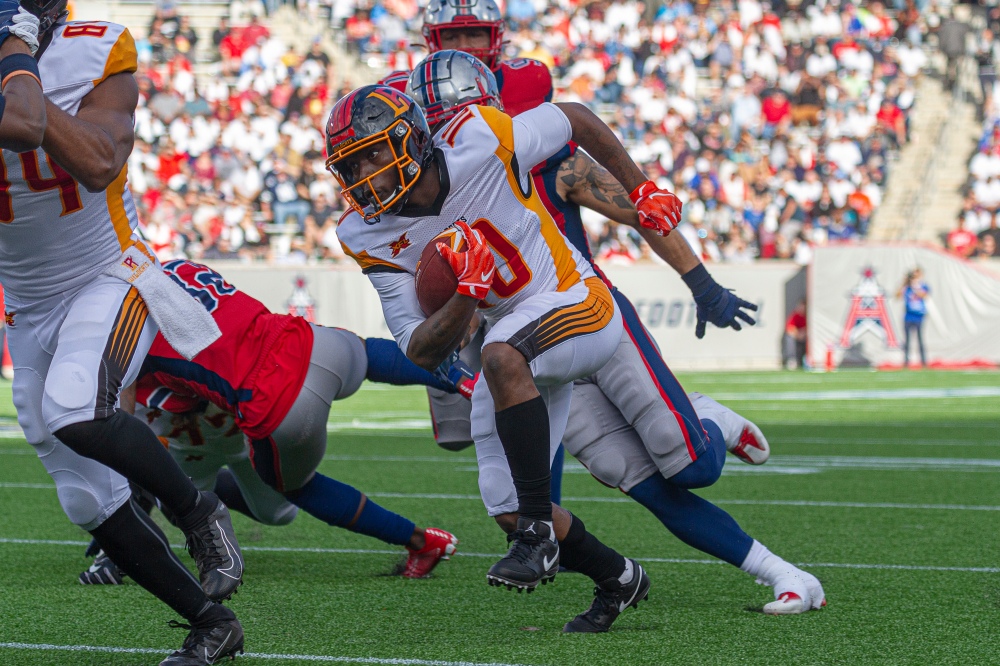 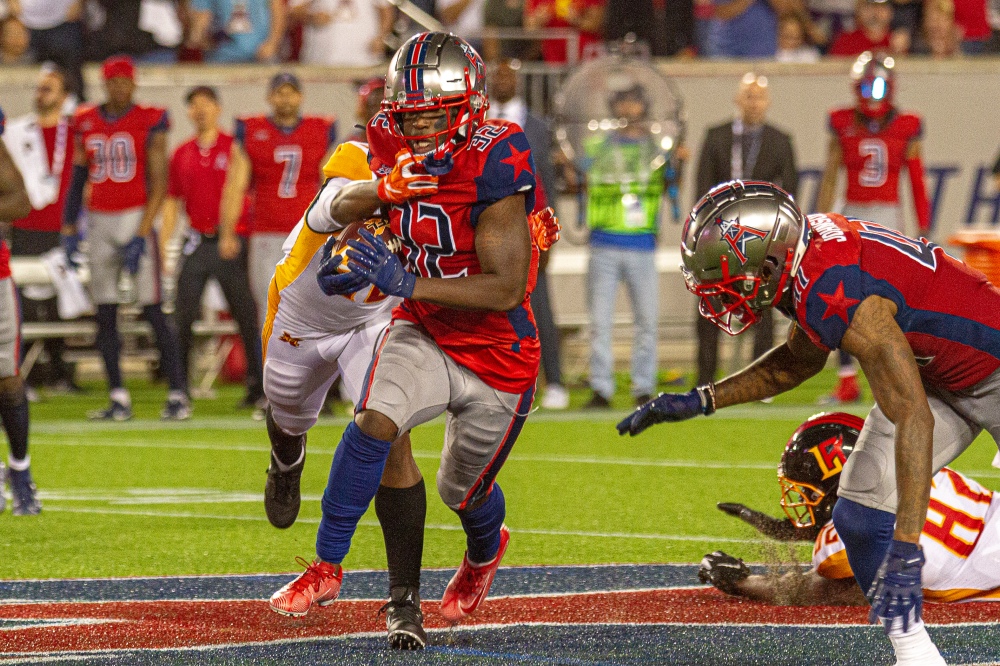 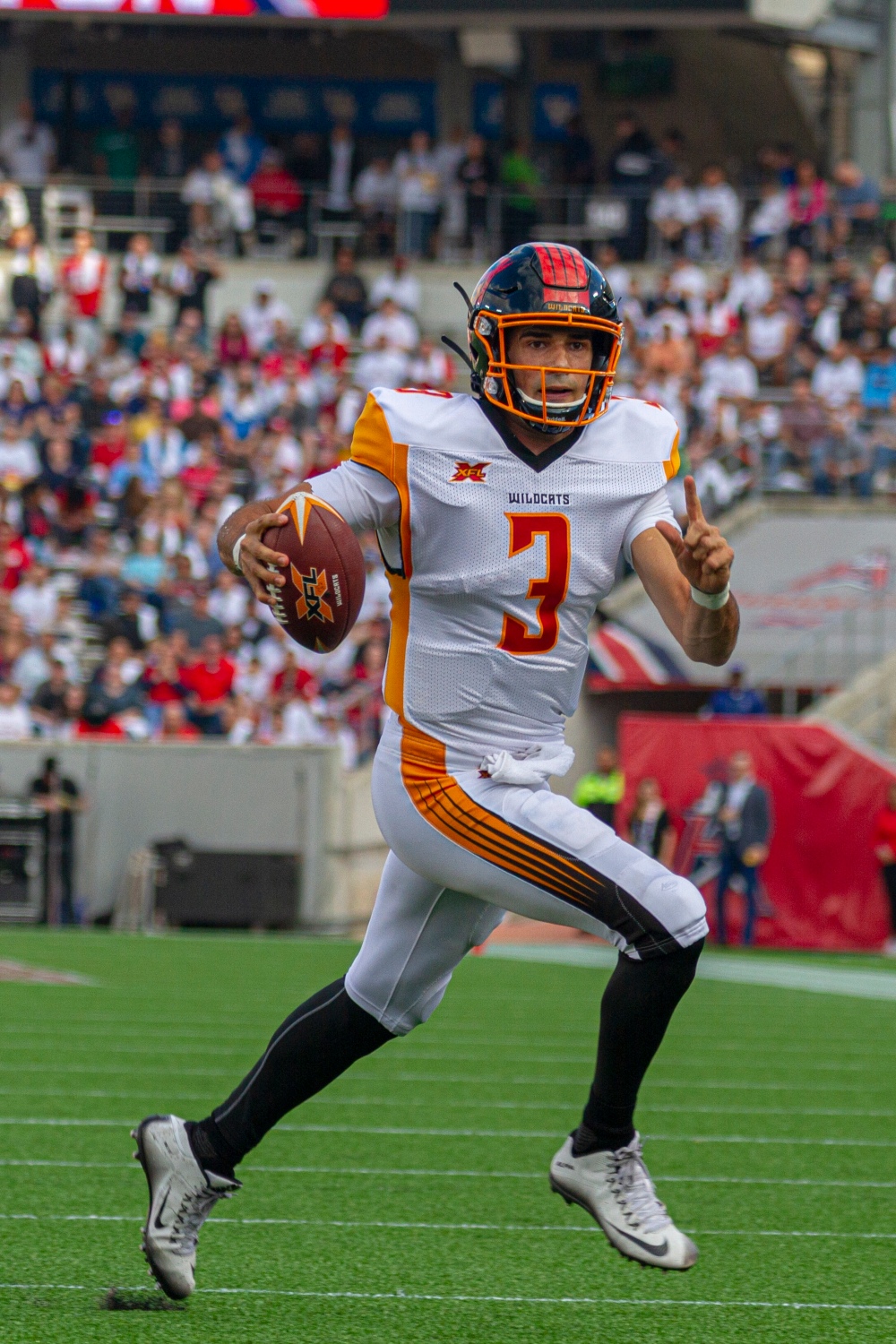 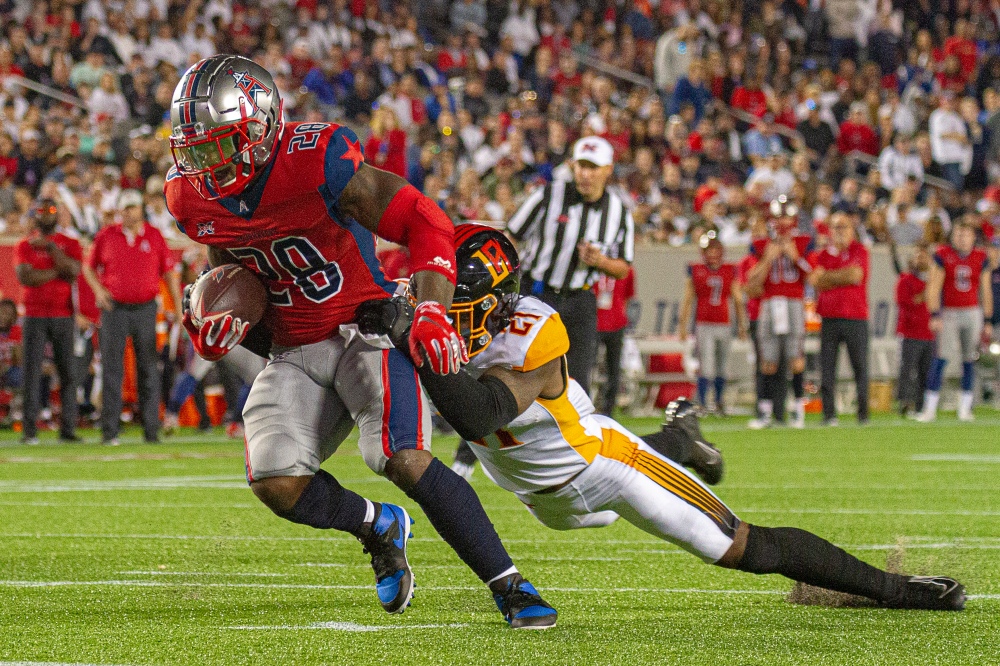 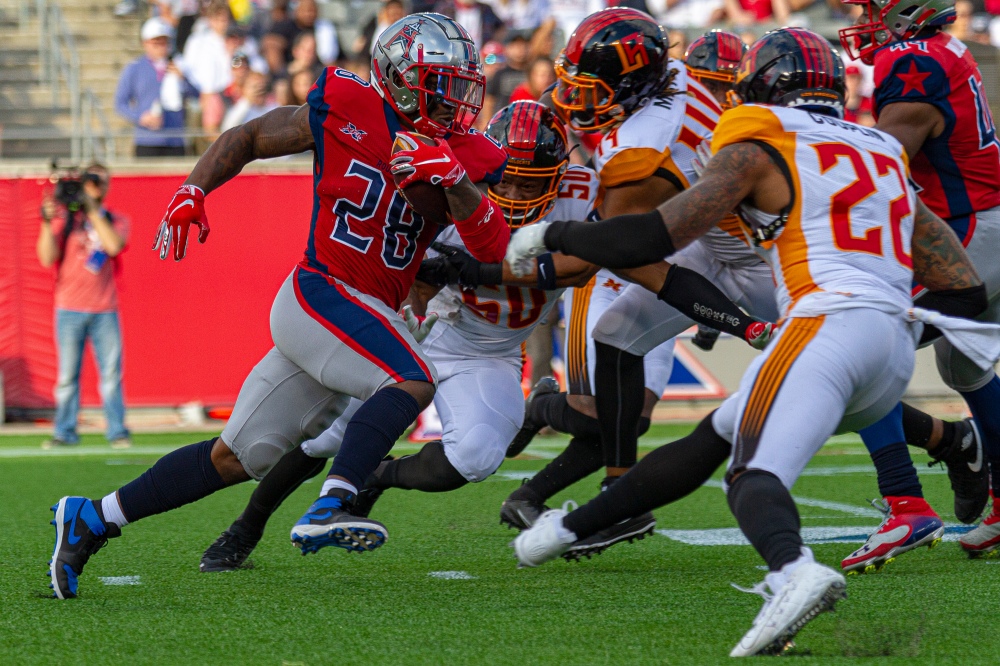 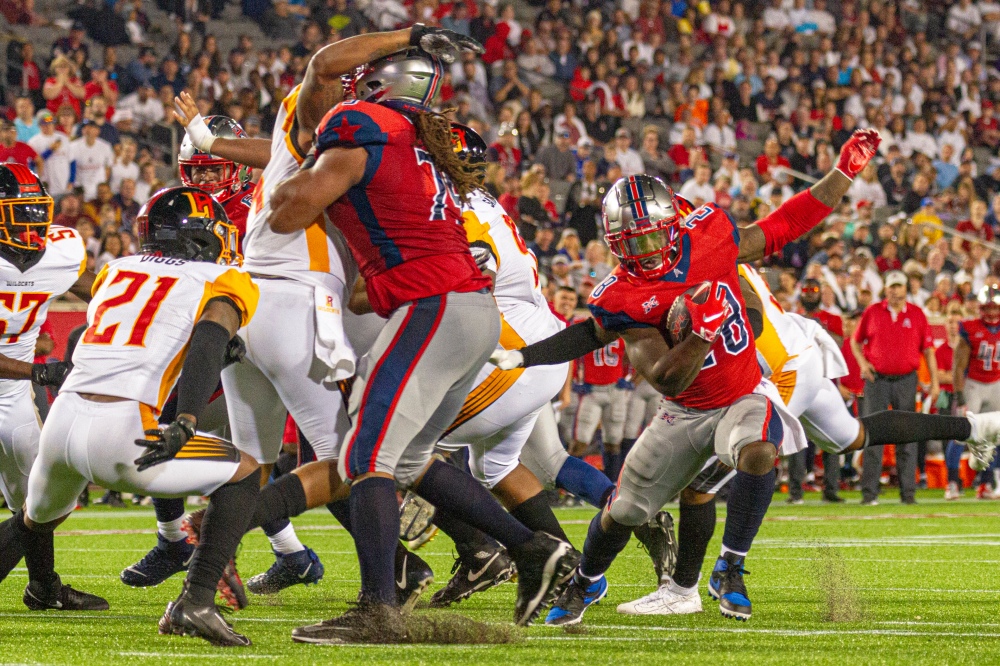 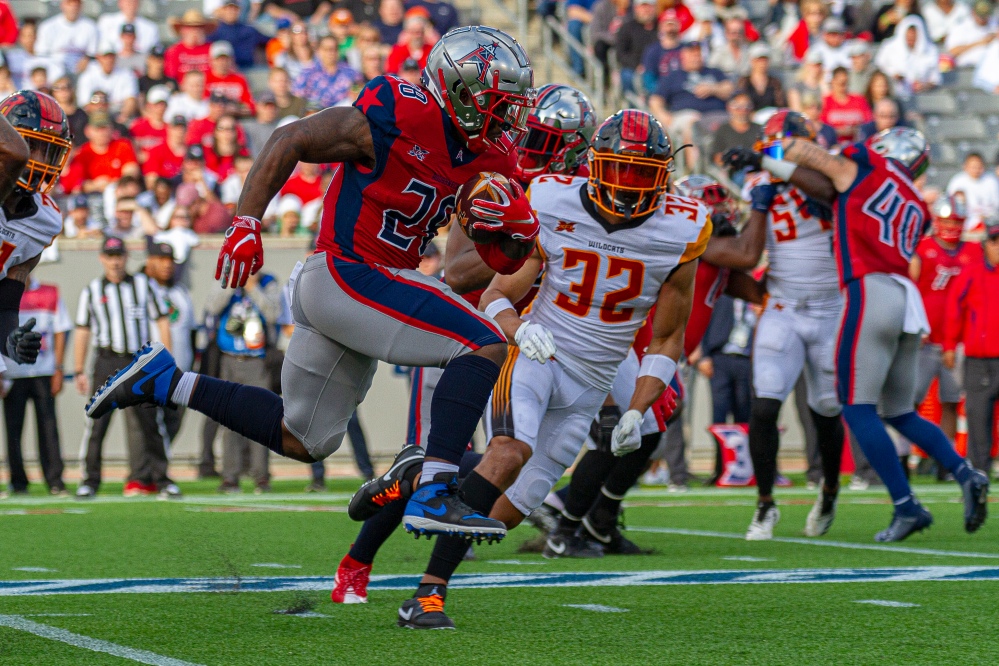 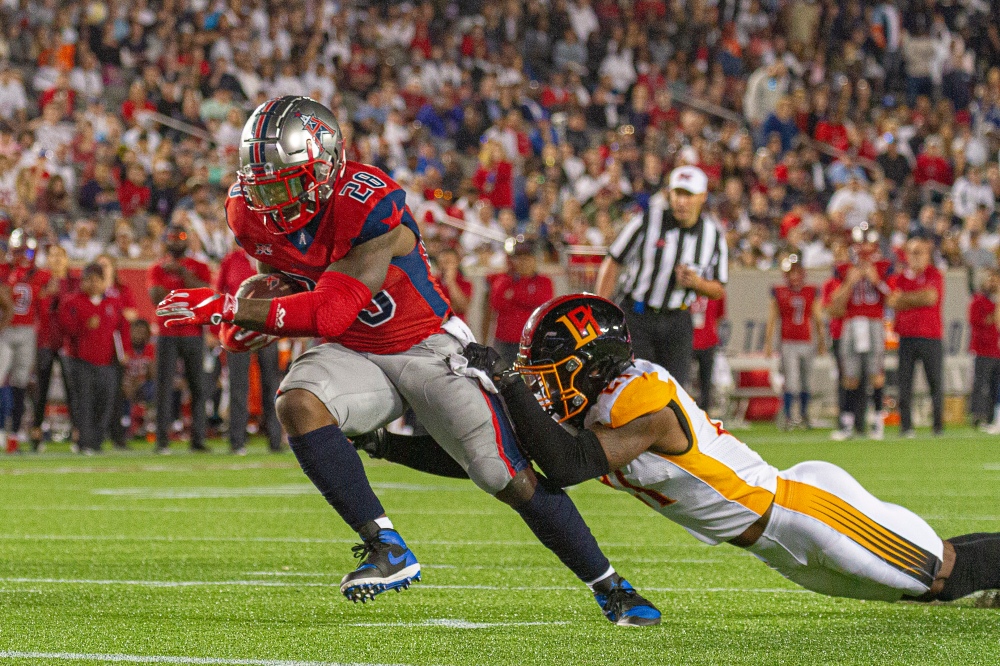 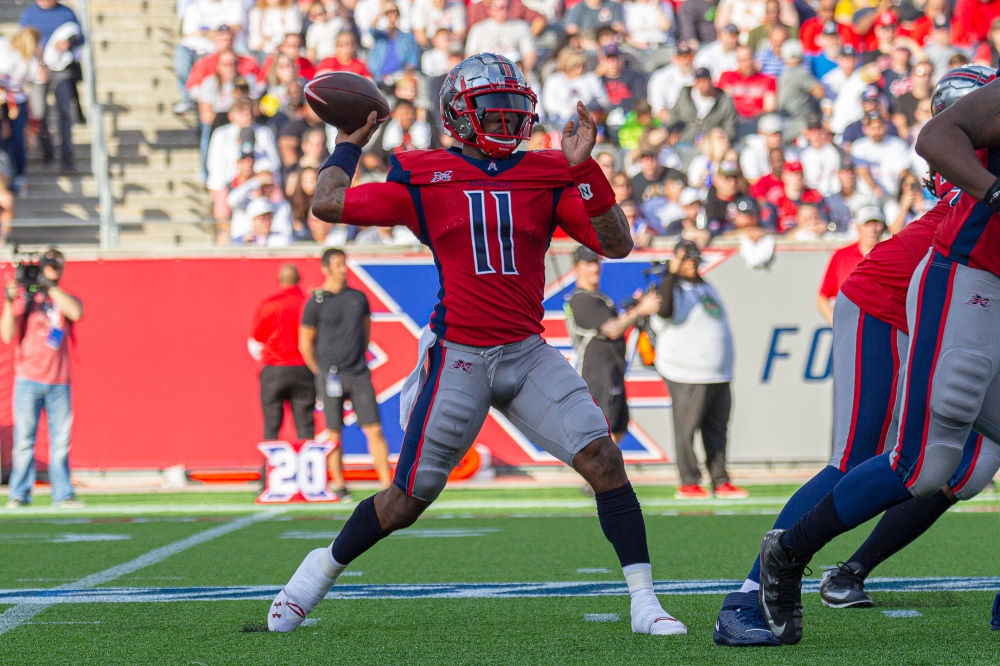 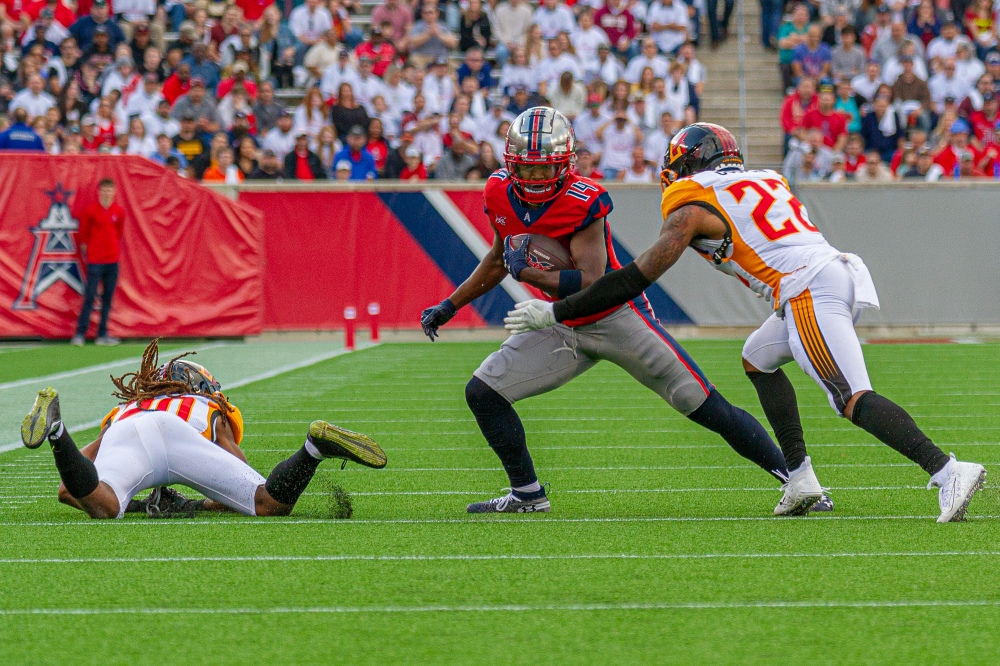