Posted on September 18, 2017 by bigshotssnapshots

The Bridgeport Bluefish scored two runs in the second inning by #20 Jonathan Galvez and #13 Joe Poletsky, both of them hit doubles in the inning.  Skeeters scored in the bottom of the third inning, by #3 Albert Cordero.  Score is Skeeters 1 and Bluefish 2. The Skeeters have made a couple of errors which have caused the Bluefish to be able to score.  The Bluefish scored another run in the fifth inning by #37 Santiago Nessy.  The Skeeters are still scoreless since the third inning.  The pitching has changed for both teams for the Bluefish RHP #23 F. DeJiulio and for the Skeeters, who changed twice RHP #22 A Johnston and RHP #26 Trey Haley came in to the game in the seventh inning.  The Bluefish changed pitchers one more time, LHP #24 D. Britton.   The Skeeters  made a change of their own on the mound, LHP #30 Manny Corpas.   Changing pitchers for the Bluefish will be RHP #33 Elvis Ramirez to start the bottom of the eighth.

The Skeeters have made it interesting in the bottom of the eighth they have two earned runs with Travis Scott and Kevin Ahrens coming in on a single by Wilfredo Rodriguez.  So now, the score is tied Bluefish 3 and Skeeters 3.   The Skeeters have brought in RHP #20 Zech Zinicola to try to close out the game and keep the Bluefish from scoring anymore runs.    The Bluefish have brought in a new pitcher RHP #4 Zac Grotz.  The game will be going into extra innings.  The Skeeters were unable to score leaving Josh Prince at third.   The have changed pitchers in top of the 11th, RHP #38 Felipe Paulino. 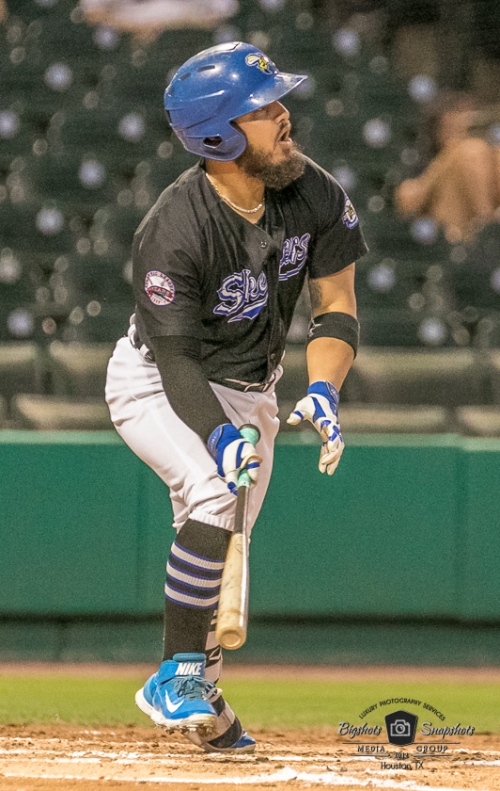