Posted on September 1, 2014 by bigshotssnapshots

Looks like it is that time of the year. College football is the air and at the Advocare Texas Kickoff game it was Lsu Tigers taking on the Wisconsin Badgers in Houston Texas at the NRG Stadium. It was a great night for some football the roof was closed and was a sold out crowd to 71,599 came out to see this game.

To night was the largest attendance for college football game in NRG Stadium
history. It was a see of purple and gold mostly with a little of red in the crowd. They also had a very different way of delivering the game ball take a look at this.

And as the teams came out for the game.

It looked like that the both of these teams came to play but Wisconsin was the first to score. With a touchdown and a field goal by the end of the first half making it 10-7. 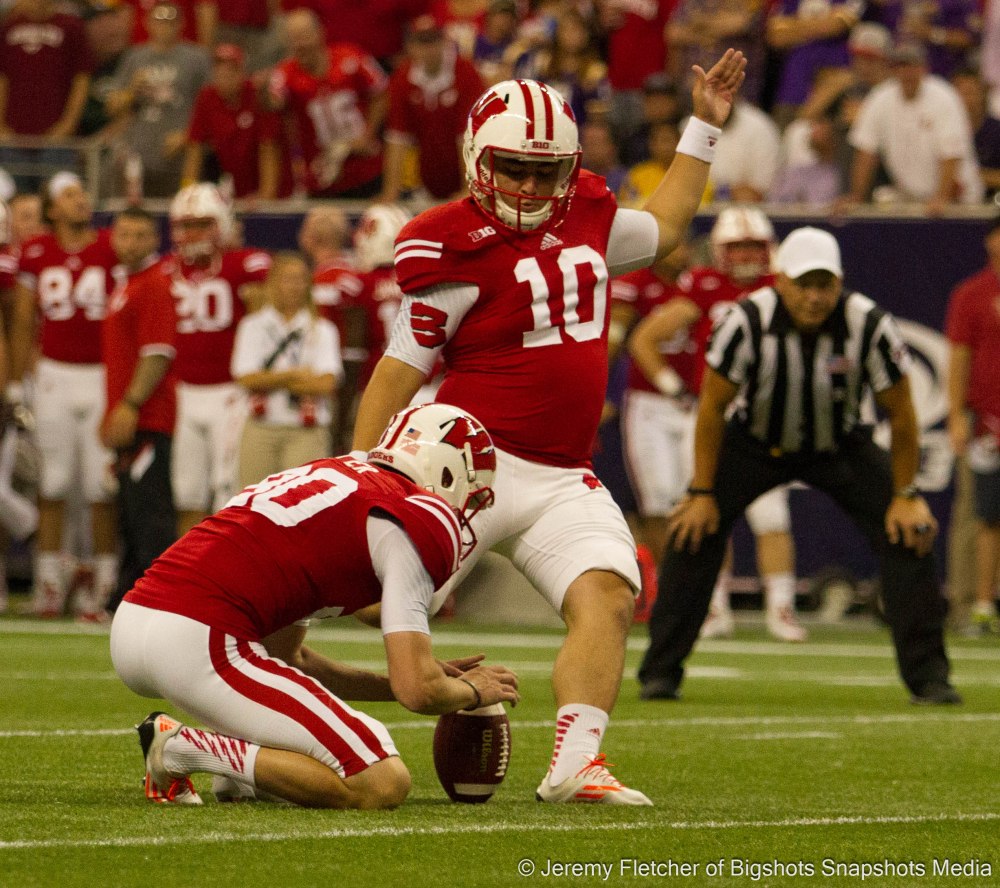 And even in the 2nd quarter Wisconsin scored again making it 17-7 going into half time. 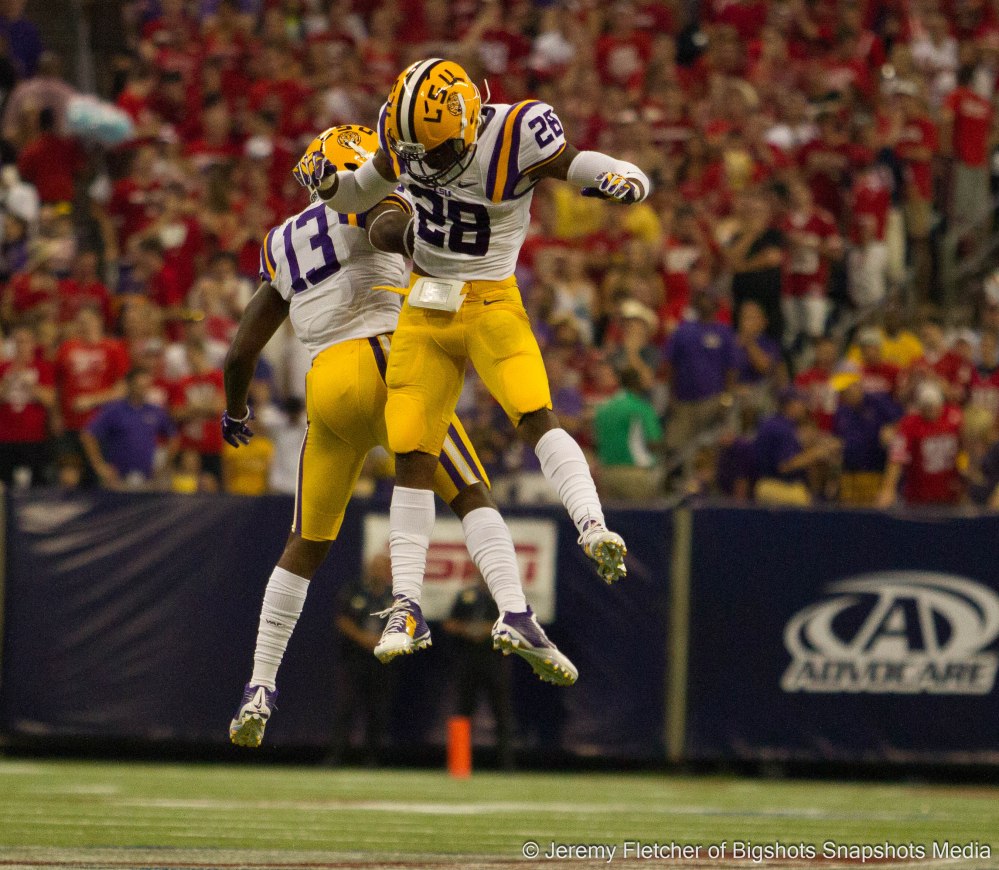 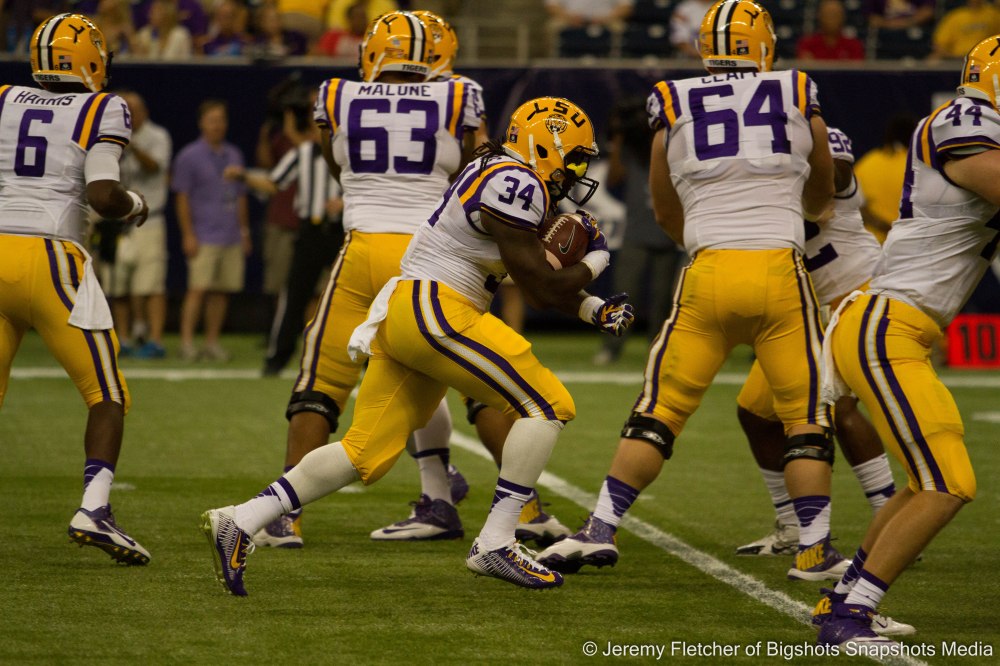 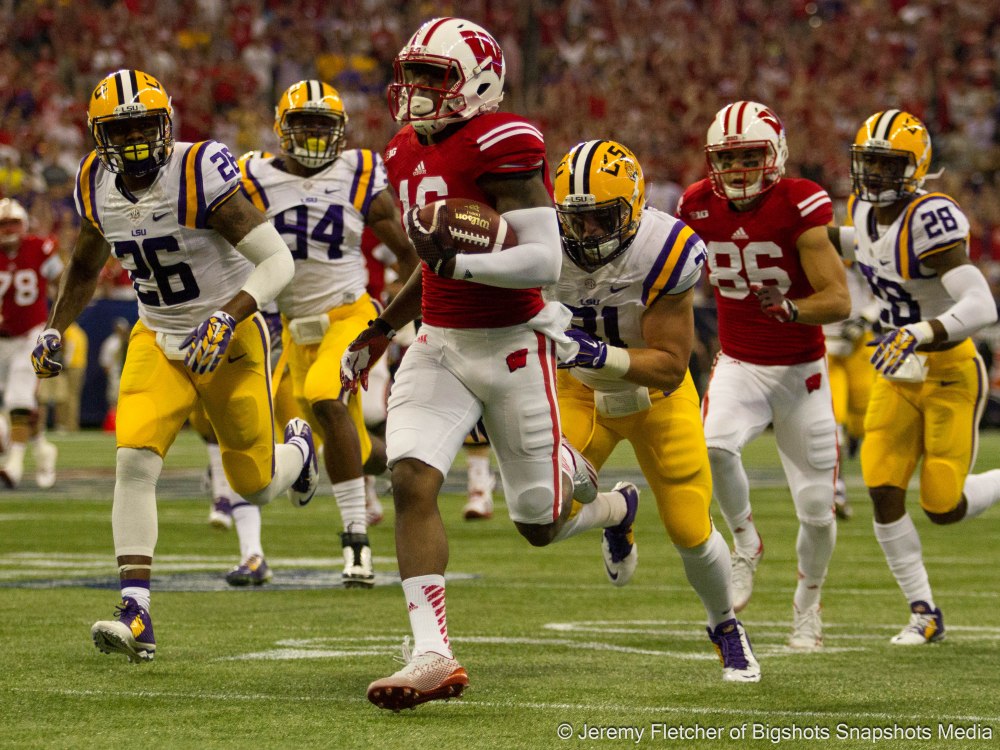 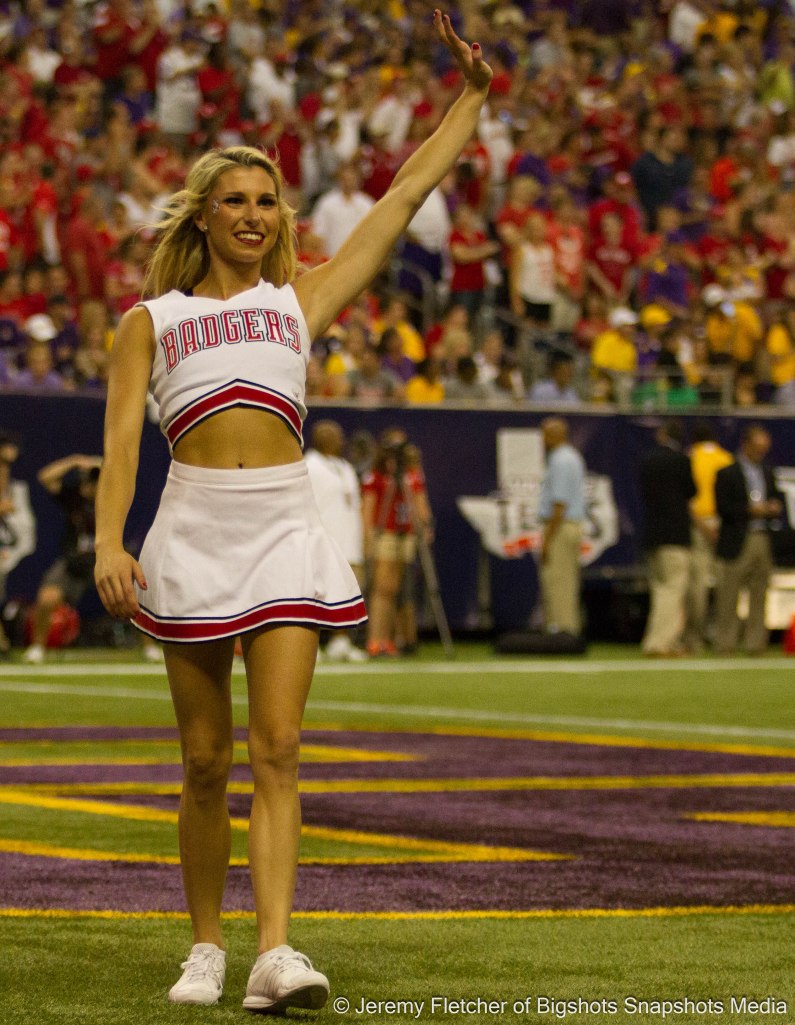 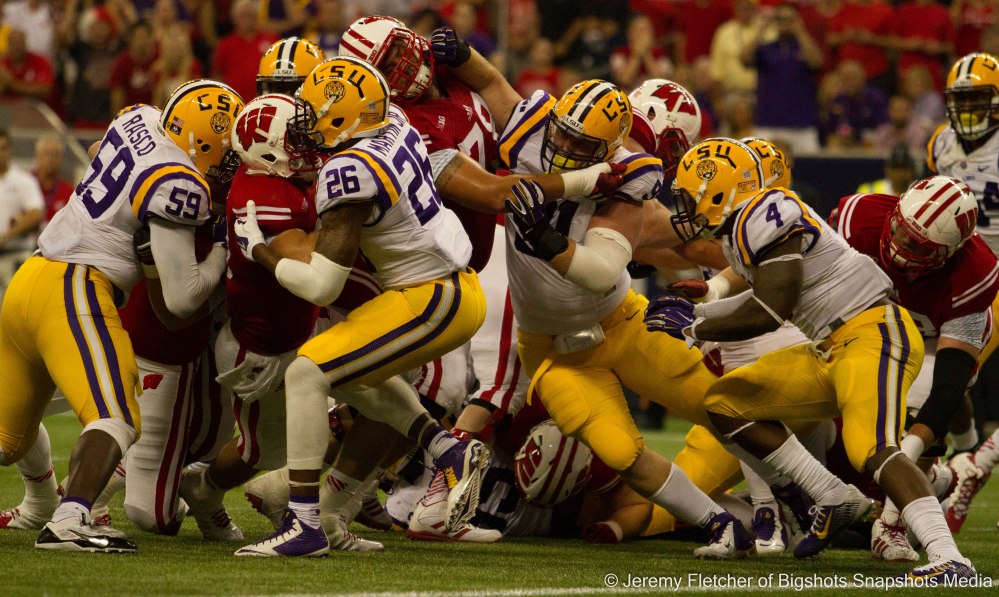 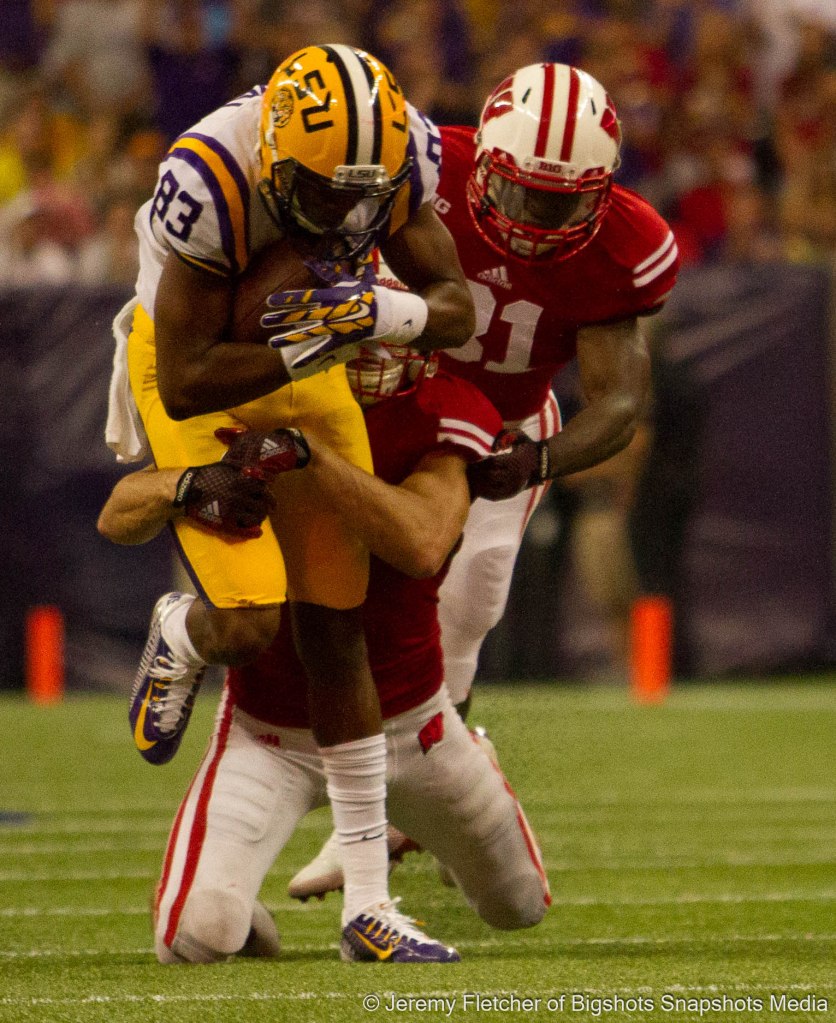 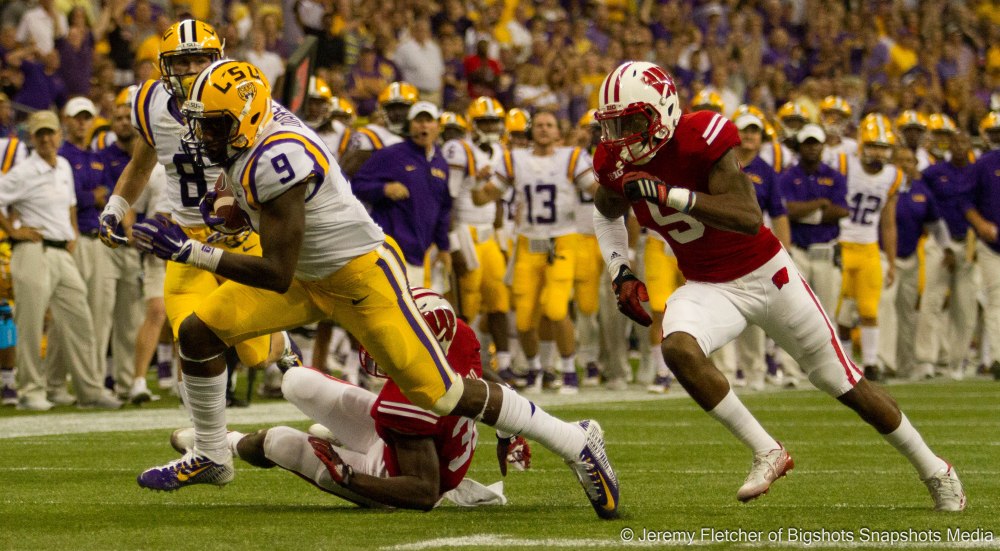 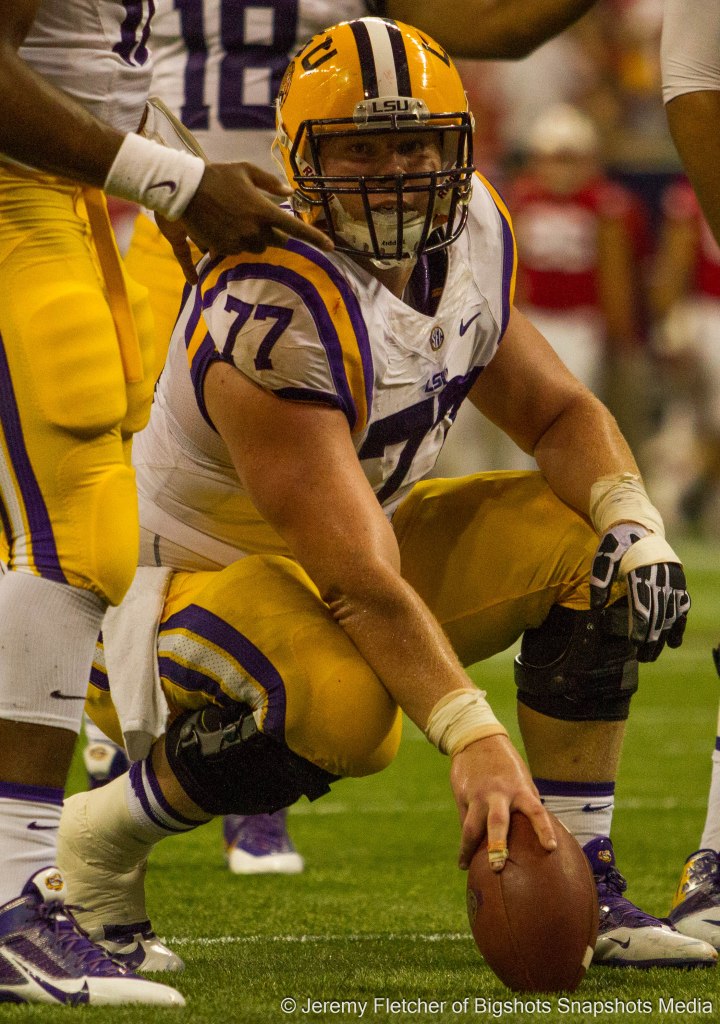 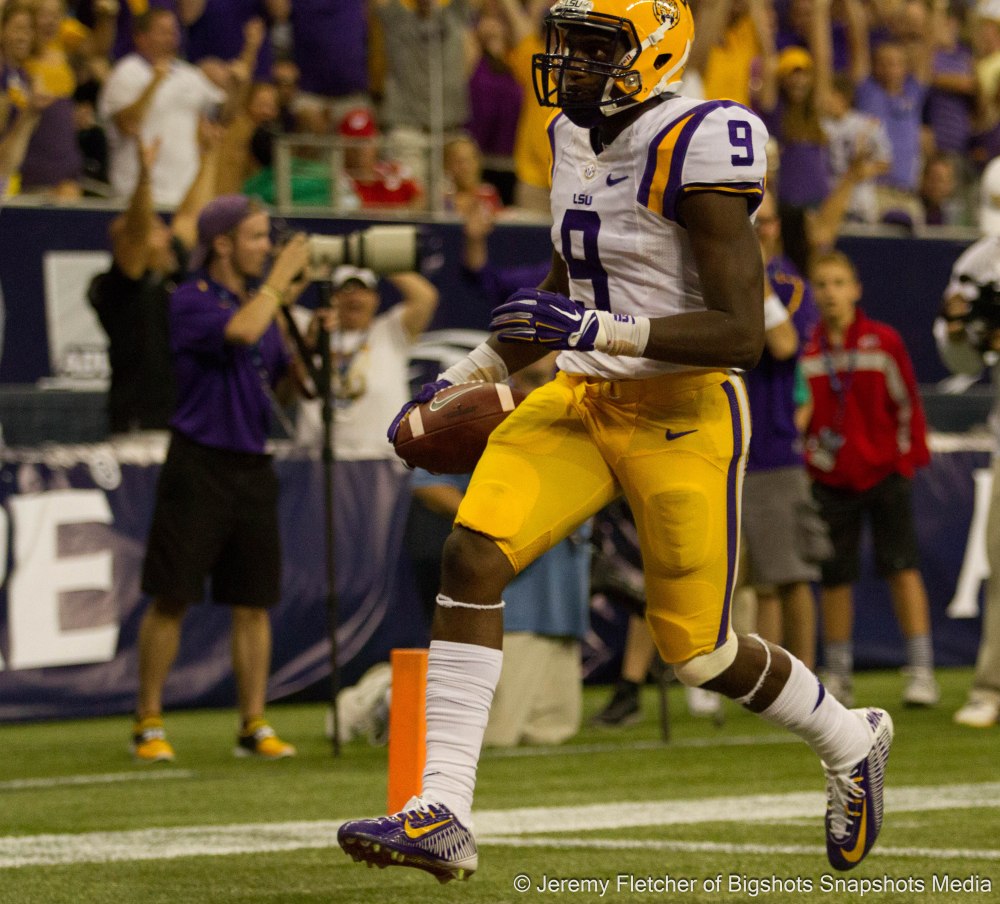 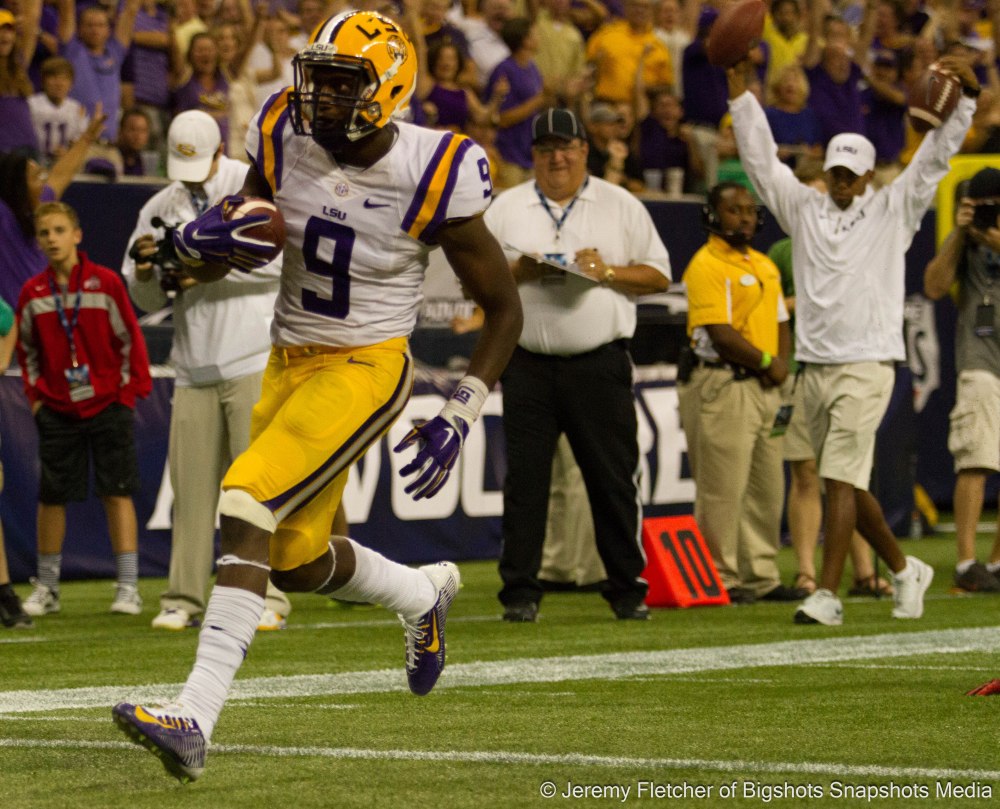 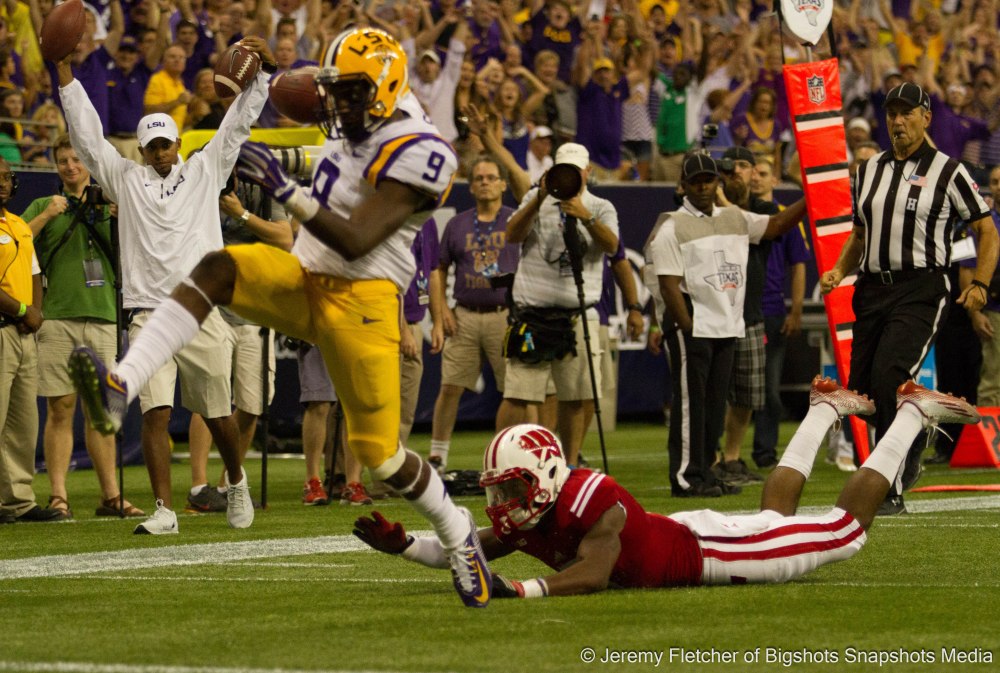 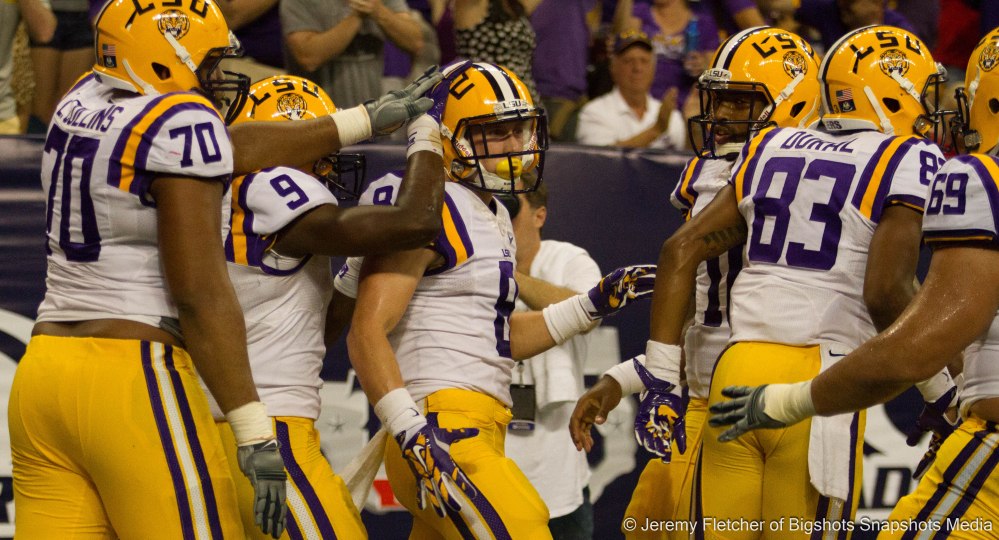 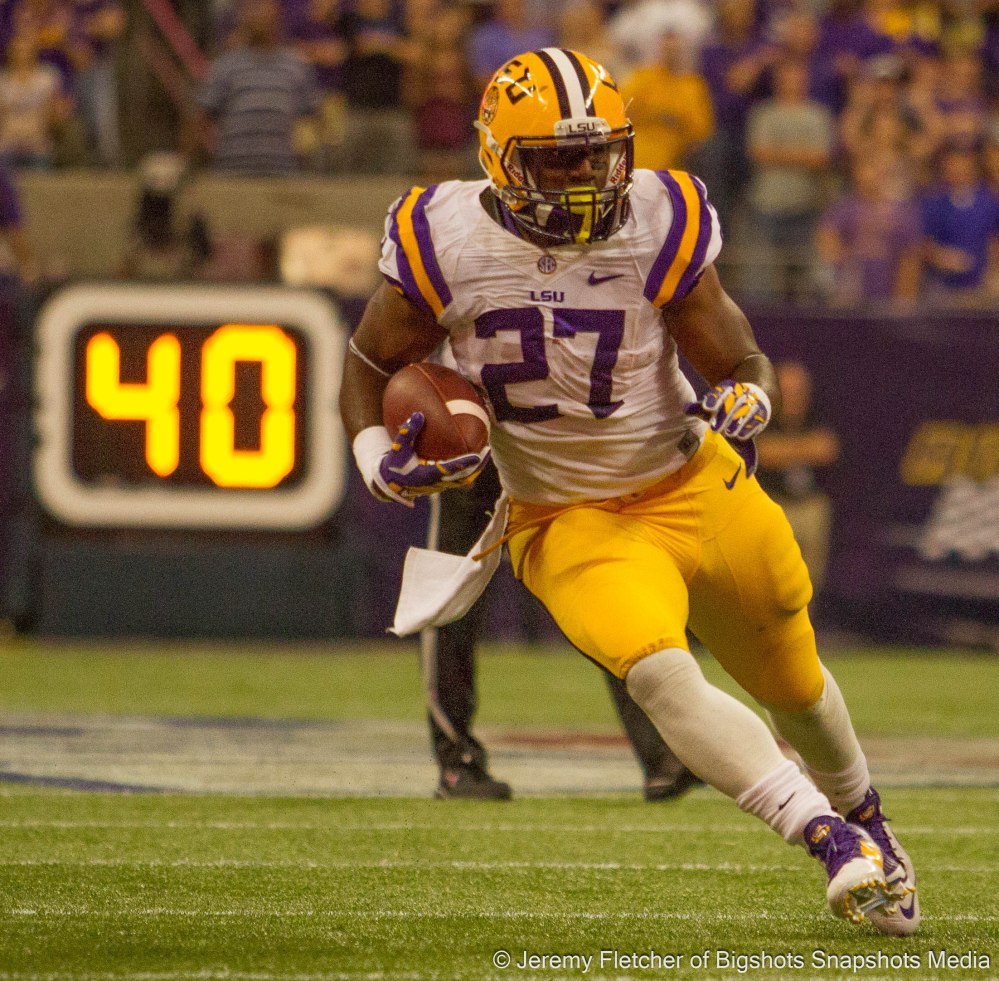 And Lsu comes out on top they start there season 1-0 and Wisconsin drops to 0-1.
Here is the qb and the coach after the game.

And we here at Bigshots Snapshots are going to try to cover more football here in Houston so if you like what you see please leave a comment or go over to our facebook page https://www.facebook.com/BigshotsSnapshots
and also see we are going to start a new series called can you guess where #legoman will turn up.
Thank you and all photos are copyrighted to Jeremy Fletcher of Bigshots Snapshots Media.